Yusaf Mack's debut fight took place on November 2000 when he was 20 years of age. His career has spanned 13 years to date and whilst he's now in the later stages of his career, he has amassed a record of 31-8-2 over the course of his 41 fight career. The longest KO streak that Mack has ever had is 3 throughout his 41 fights and his longest winning streak is 13 wins. This started on November 2000 and came to an end on April 2004.

Starting as he means to go on, Mack got off to an explosive start in his debut, defeating Willie Lee in 2 rounds and becoming the only person to have stopped Lee to date. Mack's rise in boxing continued with 21 fights against fighters such as Donnell Wiggins, John Mckinney and Juan carlos Viloria. He had a mixed start to his career but mostly successful so far.

On May 19th, 2006, Mack took on and was defeated by Alejandro Berrio meaning his career tally went to 22-1-2. Berrio was a push too far for Mack and after a tough fight Berrio became the first person to beat and stop Mack in round 6. Taking his record to 23-1-2. Mack then went on to win his next fight against Jose juan Vasquez.

On October 6th, 2007, Mack took on and was defeated by Librado Andrade meaning his career tally went to 23-2-2. Andrade upset Mack in a 12 round fight, stopping him in the 7th round and becoming only the 2nd person to stop Mack. Mack then went on to win a further 5 fights taking his record to 28 wins, 2 losses and 2 draws.

Taking a knock to his career, Mack fought and was defeated by Glen Johnson on February 5th, 2010 taking his record to 28-3-2. Mack was stopped by Glen Johnson in the 6th round of a 12 round fight via TKO. It was Mack's 3rd stoppage defeat in his career. Mack then went on to face Otis Griffin where he added another win to his tally.

Tavoris Cloud was next in line for Mack where unfortunately, he was defeated on June 25th, 2011 taking his record to 29-4-2. Mack fought Tavoris Cloud and was defeated via TKO in the 12 round bout. This was Mack's 4th stoppage defeat in his career which came in the 8th round.

The next defeat of Mack's career came against Cory Cummings on October 25th, 2014. This took his career record to 31-8-2. A valiant effort from Mack, but one that was out of his reach technically. The fight came to a close after the final bell in a UD loss for Mack. A setback for Mack pro journey for sure. 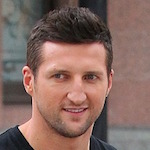