Ready to showcase his talent in the pro ranks, Ortega defeated Fabian Salazar over 4 rounds in his debut to secure his first win (PTS) against a durable Salazar. Ortega continued his pro journey, which was mostly successful at this point, by fighting 27 fights following his debut. Fights against boxers such as Jose luis Valbuena, Ramon Guzman and Luis Ojeda followed including 2 times in 1990, 2 times in 1991 and 10 times between 1992 and 1998.

Douglas Quiaro was Ortega's next fight on October 30th, 1990. The result was an even draw. This took his record to 1-0-1, this was Ortega first fight that didn't end in a win. Ortega fought Douglas Quiaro. Ortega was the 2nd person to go the distance with this opponent resulting in an eventual draw with nobody proving successful.

On September 20th, 1991, Ortega went into action again and beat Ismael Rondon taking the winning record to 5 wins. Showing his class against Rondon, Ortega was the 2nd person to go the distance with this opponent. Ortega then went on to win a further 5 fights taking his record to 10 wins, 0 losses and 1 draws.

Nelson ramon Medina was next in line for Ortega where unfortunately, he was defeated on March 3rd, 1993 taking his record to 10-1-1. Ortega's technical boxing ability was put to the test as he got outpointed in the 8 round fight against the better man. Medina gave Ortega his first professional loss of his 12 fight career to date. Fights against Luis Ojeda, Aldrin Sosa, Ramon Guzman and 1 other followed where he won all 11 fights taking his winning streak to 21 wins.

Jose luis Valbuena was the next fight for Ortega on May 5th, 1997 and also his next career win. Ortega really made a statement in this fight, defeating Valbuena via UD over the distance and crowning himself as the first person to defeat Valbuena in his 7 fight career to date. 9 wins followed where Ortega went on to fight Kozo Ishii, Miguel angel Escamilla and Vladislav Antonov amongst others, prolonging his win streak.

On November 17th, 2001, Ortega was in action again with a win via KO against Jose Rojas taking his mostly successful record to 32-3-1. Rojas proved to be no match for Ortega, and Ortega became the first person to stop Rojas via KO during round 4.

Ortega went into his next fight against Thomas Mashaba on March 24th, 2006 with a career record of 35 wins. This was a challenging final career fight for Ortega, Ortega was taken the full 12 rounds in a UD loss. Ortega's career ended in a records of 35 wins,6 losses, and 3 draws. 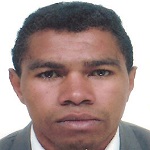