In April 1994 Vidal faced Clisolino Ovalle in his debut bout over 6 rounds, but only 5 were needed as Vidal became the quickest person ever to stop Ovalle via a 5 round RTD victory. Vidal's rise in boxing continued with 17 fights against fighters such as Julio cesar Barria, Oscar patricio Diaz and Ramon angel Collado. He had a mixed start to his career but mostly successful so far.

Next was Edgardo gustavo Gauna on January 28th, 1995 where Vidal took the win continuing his unbeaten streak. Showing his class against Gauna, Vidal was the 3rd person to go the distance with this opponent. Another win followed for Vidal taking his win tally to 12 wins.

Vidal went into his next career fight with a record of 14-1-0 and took this to 15 wins with a win against Julio cesar Barria on June 15th, 1996. Vidal was the 2nd person to beat Julio cesar Barria where he showed his talent as a technical boxer, beating him over 10 rounds in his 16th professional fight. Vidal then went on to win a further 14 fights taking his record to 25 wins, 5 losses and 0 draw.

Fabio angel Vidal added another win to his record by beating Freddy Blanco castello on May 19th, 2000, upping his record to 28 wins. Ending on a high, Vidal showed he still had what it takes as a pro in this final career fight, becoming only the 2nd person to beat Blanco castello over the 8 round distance. 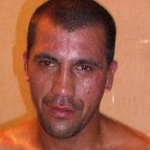