Starting off his pro career on November 2007 age 24, Beibut Shumenov has had a total of 19 fights - 17 wins, 2 losses, and 0 draws. 11 of the wins coming via stoppage. The longest win streak that Shumenov has ever recorded was between November 2007 and May 2009 when it totaled 8 wins. Shumenov's longest KO streak is 5 fights long.

A calm Shumenov made the statement he was hoping for in a 4 round fight against Walter Edwards. Claiming the only stoppage defeat of Edwards's career in round 1 of the fight via TKO. Following on from his debut, Shumenov continued his career by fighting in a further 10 fights. In this time he fought Lavell Finger, Montell Griffin and Byron Mitchell to name just a few, fighting once in 2007, 6 times in 2008 and 3 times through 2009 and 2010 in this period.

On July 23rd, 2010, Shumenov went into action again and beat Vyacheslav Uzelkov taking the winning record to 10 wins. Shumenov showed his superior boxing skills to become the first person to beat Uzelkov. The judges scored the bout in favour of Shumenov by UD over the full 12 rounds. Fights against Danny Santiago, William Joppy and Enrique Ornelas followed where he won all 3 fights taking his winning streak to 13 wins.

Keeping his losses at 1, Shumenov fought on December 14th, 2013 beating Tamas Kovacs via TKO. This took his record to 14-1-0 showing quite the successful career to date. Shumenov was the first person to stop Tamas Kovacs and he did it in the 3rd round via TKO. Shumenov then went on to fight a further 2 fights taking his record to 15-2-0

On July 25th, 2015, Shumenov went into action again and beat Bj Flores taking the winning record to 16 wins. Shumenov was the 2nd person to beat Bj Flores where he showed his talent as a technical boxer, beating him over 12 rounds in his 18th professional fight.

In Shumenov's most recent fight, Junior anthony Wright was handed a beating by Shumenov on May 21st, 2016 to ensure his win record increased further again to 17 wins. The most recent outing for Shumenov proved one that was easier than expected. Wright was left wanting as the fight ended in round 10 of 12 (TKO). Shumenov now moves on to hopefully face some of the bigger names in the division. 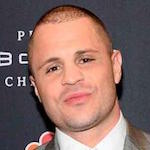