After a debut fight on January 2008, Carlos Zambrano (age 38) has now built a record of 26 wins, 1 losses, 0 draws over a 27 fight career so far. The longest KO streak that Zambrano has ever had is 5 throughout his 27 fights and his longest winning streak is 26 wins. This started on January 2008 and came to an end on August 2015.

In an impressive debut, Zambrano kept his calm and defeated Jose l Guzman over 4 rounds via a judges decision. This was only the 5th time Guzman had been taken the full distance. Zambrano then went on to win his next 14 fights - fighting 4 times in 2008, 5 times in 2009 and 5 times through 2010, 2011 and 2012 racking up wins against Ramon elizer Esperanza, Roberto Santos de jesus and Oscar Carrillo villa amongst others.

Ramon elizer Esperanza was Zambrano's next fight on June 26th, 2010 and also his next win in his career. Esperanza proved to be no match for Zambrano, and Zambrano became the first person to stop Esperanza via TKO during round 1.

Zambrano then went on to fight and beat Daniel Ramirez on March 28th, 2015 maintaining his unbeaten record. In what was a true showing of Zambrano's technical ability, Zambrano got the decision in the 12 round fight, and became the first person to beat Ramirez.

The wins stalled following a defeat from Claudio Marrero on April 29th, 2017 taking Zambrano's record to 26-1-0. In the latest fight of Zambrano's career, Marrero was a push too far for Zambrano and after a tough fight Marrero became the first person to beat and stop Zambrano in round 1. Here's hoping Zambrano comes back to fight again. 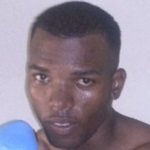