Born March 1st 1985 Barrie Jones (aged 36) has built up a good career record of 20-10-0. With plenty of experience and now 30 fights as a pro, Jones hopes to move on to better things in future as he moves into the later stages of his career. Jones's longest KO streak is 5 fights long out of his 30 pro career fights.

Ready to showcase his talent in the pro ranks, Jones defeated Peter Buckley over 4 rounds in his debut to secure his first win (PTS) against a durable Buckley. Jones then went on to win his next 15 fights - fighting 2 times in 2004, 3 times in 2005 and 10 times through 2006 and 2007 racking up wins against Daniel Thorpe, Peter Buckley and Jay Morris amongst others.

Taking a knock to his career, Jones fought and was defeated by Kell Brook on June 14th, 2008 taking his record to 15-2-0. Brook was a fight too far for Jones and after a rough fight Brook became the first person to stop Jones in round 7. Fights against boxers including Jay Morris followed where he won 3 fights taking his record to a very mixed 16-4-0, not the most successful career to date.

Craig Watson was next in line for Jones where unfortunately, he was defeated on February 19th, 2010 taking his record to 16-5-0. Jones was beaten by Craig Watson in the 4th round. Jones had only ever been stopped 2 times previously in his career.

Ensuring he added another win to his tally, Barrie Jones defeated Marcus Le doux on October 24th, 2014 in his latest fight. In 2014 Jones fought and defeated his next opponent Marcus Le doux. In a successful fight, Jones was the 5th person to go the distance with Le doux. 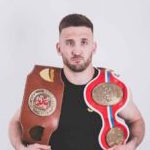 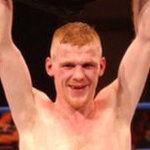