Okolie, aged 24, started his career on March 2017. Although still relatively close to the start of his career, his record stands at 8 wins and will hopefully continue to rise. Okolie's longest win streak is 8 fights between March 2017 and September 2018. His longest KO streak in his 8 fights is 4 fights long.

Getting rid of his debut fight nerves early, Okolie took on Geoffrey Cave in March 2017 and claimed a stoppage victory (round 1, TKO). Okolie was the first person to have ever stopped Cave. Continuing on from his successful debut, Okolie won his next 4 fights taking his record to 4 wins.

Okolie then went on to fight and beat Lukasz Rusiewicz on April 15th, 2017 maintaining his unbeaten record. Rusiewicz was stopped in the 1st round via TKO meaning Okolie was the 4th person to stop this opponent. 4 wins followed where Okolie went on to be the first boxer to go the distance with Blaise Mendouo, first boxer to go the distance with Isaac Chamberlain and 3rd person to stop Russ Henshaw (Round 1 KO).

On June 6th, 2018, Okolie was in action again beating Luke Watkins taking his win streak to 7 wins. Watkins proved to be no match for Okolie, and Okolie became the first person to stop Watkins via TKO during round 3. 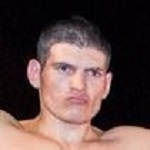 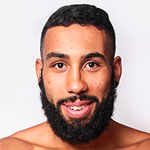