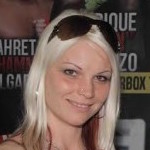 Although beaten, Edina Kiss has gained plenty of experience over 18 fights and a 1 year long career so far. He now moves on to see just how far he can go as he approaches the later stage of his career. Kiss's longest KO streak is 3 fights long out of his 18 pro career fights.

In his debut fight, Kiss's became only the 3rd fighter to go the distance with Anita Hortobagyi, winning by UD in round 6 of 6. Following on from his debut, Kiss continued his career by fighting in a further 9 fights. In this time he fought Alexandra Vlajk, Julia Kiss and Anita Hortobagyi to name just a few, fighting once in 2015 and 8 times in 2016 in this period.

Kiss went into his next fight against Heather Hardy on May 18th, 2017 with a career record of 13-4-0. There was nothing more Kiss could have done on the night facing Hardy. Hardy put on a great performance to take the win over the 8 rounds.

Taking another knock in his career, Kiss fought Amanda Serrano on July 21st, 2017 and was defeated by Serrano. A great performance by opponent Serrano added a 2nd stoppage defeat to Kiss's career. Kiss was outmatched and the fight was brought to a halt in round 3 via TKO. 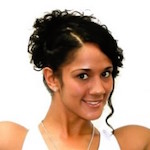 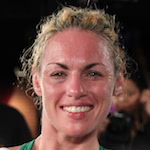