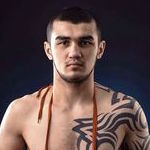 Age 28 NA Shavkat Rakhimov has now fought 10 fights and remains unbeaten with a record of 10-0-0. Having started his career on May 2017 at age 21, Rakhimov shows no signs of slowing down as he continues his rise as a pro. Rakhimov's longest win streak is 10 fights between December 2015 and May 2017. His longest KO streak in his 10 fights is 6 fights long.

Rakhimov proved he was made for the pro ranks in his debut against Visita Gairabekov, becoming the first person in Gairabekov's 1 fights to stop him. The fight ended in round 2 of 4. Maintaining a successful start proved easy for Rakhimov with a further 5 wins, beating boxers such as Mirzhan Zhaksylykov, Visita Gairabekov and Alexander Saltykov.

Farhod Oripov was beaten next on September 9th, 2016 meaning Rakhimov could maintain his unbeaten streak. The 6 round fight ended in the 2nd round via TKO crowning Rakhimov as only the 2nd to stop Oripov. Racking up wins against Jerry Castroverde and Roldan Aldea, Rakhimov went on to fight and win these next 2 fights.

Rakhimov then went on to fight and beat Rogelio jun Doliguez on February 18th, 2017 maintaining his unbeaten record. Doliguez was stopped in the 5th round via TKO crowning Rakhimov as the first person to stop this opponent.

Jimmy Paypa was beaten by Shavkat Rakhimov in Rakhimov's most recent fight on May 5th, 2017 to ensure his unbeaten run continued. Rakhimov beat Jimmy Paypa in the 6th round of a 10 round fight via TKO. Rakhimov was the 2nd fighter to stop Paypa. 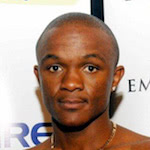 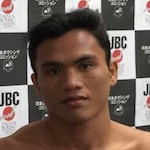