Berry started his career on May 2013. Although still relatively close to the start of his career, his record stands at 8 wins and will hopefully continue to rise. The longest win streak that Berry has ever recorded was between May 2013 and October 2014 when it totaled 8 wins. Berry's longest KO streak is 2 fights long.

Berry didn't take long to get comfortable in the pro game, becoming the first person to stop Bill Jones (a 0 fight pro) via TKO in the 4th round. Berry continued on his successful journey by fighting and beating his next 4 fights.

Berry then went on to fight and beat Josh Parker on April 26th, 2014 maintaining his unbeaten record. Berry fought Josh Parker. Berry was the first person to go the distance with this opponent resulting in a win for Berry.

On June 14th, 2014 Berry fought and beat Moises Rivera (0-1-0) to continue his unbeaten streak. Becoming the first person to stop Moises Rivera, Berry beat Rivera via TKO in the 2nd round of a 4 round fight.

Next was Theo Desjardin on September 18th, 2014 where Berry took the win continuing his unbeaten streak. Desjardin was stopped in the 1st round via TKO meaning Berry was the 4th person to stop this opponent.

The unbeaten run continued with the defeat of Eric Palmer in his latest fight on October 11th, 2014, taking his winning record to 8 wins. Berry out-boxed Palmer over 6 rounds in his most recent performance, taking the win via UD and moving on to bigger and better things. 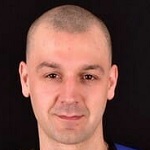 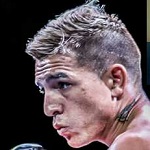