Starting off his pro career on December 2009 age 19, Susana Cruz perez has had a total of 22 fights - 16 wins, 6 losses, and 0 draws. 8 of the wins coming via stoppage. He started his best winning streak on December 2009 however, this came to an end on September 2010. In this period he won a total of 4 fights.

Cruz perez didn't take long to get comfortable in the pro game, becoming the first person to stop Susana Dorantes (a 0 fight pro) via KO in the 2nd round. Continuing on from his debut, Cruz perez had an impressive start to his career as he went on to fight 11 fights including once in 2009 and 6 times in 2011 against fighters such as Cristina Serrano, Marisol Molina and Laura Sanchez.

Cruz perez went into his next fight against Jessica Chavez on October 2nd, 2010 with a career record of 4 wins. Taking the first setback of his career, the October 2nd, 2010 Chavez defeat went the full distance and ended via SD. Another win followed for Cruz perez taking his win tally to 5 wins.

Cruz perez went into his next career fight with a record of 5-1-0 and took this to 6 wins with a win against Laura Rios on April 1st, 2011. Showing his class against Rios, Cruz perez was the 2nd person to go the distance with this opponent. Taking his record to 8 wins, 1 losses and 0 draws, Cruz perez then went on to win a further 2 fights.

Cruz perez lost to Ibeth Zamora silva in his next fight. Taking place on June 11th, 2011, Cruz perez's career record after this fight stood at 8-2-0. Zamora silva proved to be the biggest challenge to date for Cruz perez, Cruz perez never really got going in the fight and Zamora silva handed Cruz perez his first stoppage defeat in the 3rd round of a 10 rounder. Cruz perez's win streak of 8 rose to 10 following 2 wins against boxers such as Laura Sanchez and Nayely Diaz.

On April 21st, 2012, Cruz perez took on and was defeated by Anabel Ortiz meaning his career tally went to 10-4-0. Cruz perez's fight against Anabel Ortiz was Cruz perez's 2nd stoppage defeat which came via TKO in the 5th round of the fight. 6 wins followed where Cruz perez went on to fight Yesenia Gomez, Anahi Torres and Elizabeth Guadarrama amongst others, prolonging his win streak.

Cruz perez lost to Raja Amasheh in his next fight. Taking place on May 17th, 2014, Cruz perez's career record after this fight stood at 15-6-0. Cruz perez boxing ability was put under heavy scrutiny in the Amasheh fight, a test too far for Cruz perez as he lost via UD in a judges decision over the 10 round distance. 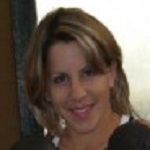 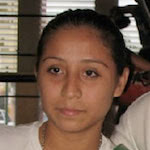 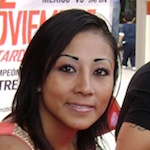