Bazinyan started his career aged 18 on September 2013. His career record to date stands at 8 wins and he remains unbeaten. Bazinyan's longest KO streak is 3 fights long out of his 8 pro career fights.

In September 2013 Bazinyan faced Matt Heim in his debut bout over 4 rounds, but only 1 were needed as Bazinyan became the quickest person ever to stop Heim via a 1 round KO victory. Taking his record to 4 wins, Bazinyan won his next 4 fights continuing his successful career.

Bazinyan then went on to fight and beat Alexandre Bouvier on March 21st, 2014 maintaining his unbeaten record. Bouvier was stopped in the 3rd round via TKO crowning Bazinyan as the first person to stop this opponent. Racking up wins against Jaudiel Zepeda and Gary Kopas, Bazinyan went on to fight and win these next 2 fights.

Baptiste Castegnaro was beaten next on September 27th, 2014 meaning Bazinyan could maintain his unbeaten streak. Showing his class against Castegnaro, Bazinyan was the 6th person to go the distance with this opponent.

Michal Ludwiczak was beaten next on January 21st, 2016 meaning Bazinyan could maintain his unbeaten streak. Bazinyan's UD win against Michal Ludwiczak came via judges decision of a 8 round fight. Bazinyan became the 3rd person to defeat Ludwiczak and secured a great win.

Erik Bazinyan retained his unbeaten record in his most recent fight by beating Zoltan Sera on June 17th, 2016, increasing his record to 8 wins. Bazinyan beat Zoltan Sera in the 2nd round of a 8 round fight via KO. Bazinyan was the 7th fighter to stop Sera. 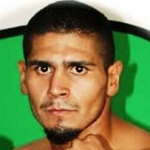