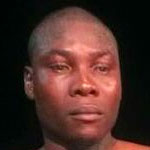 Tetteh started his career on April 2012. His career record to date stands at 9 wins and he remains unbeaten. Between April 2012 and November 2013, Tetteh had his longest winning streak of 9 fights. In his 9 fights, his longest KO streak is 9 fights long.

Getting rid of his debut fight nerves early, Tetteh took on Richard Amartey in April 2012 and claimed a stoppage victory (round 3, TKO). Tetteh was the first person to have ever stopped Amartey. Tetteh's win streak continued to amass with 5 wins against fighters such as Robert Smith, Richard Amartey and Razark Agorza.

Francis Manda was beaten next on November 6th, 2013 meaning Tetteh could maintain his unbeaten streak. Tetteh was the 5th person to stop Francis and he did it in the 8th round via TKO.

Ebenezer Tetteh went into his latest fight with Musah Mohammed on November 30th, 2013 with 8 wins and he continued this winning streak taking it to 9 wins. Tetteh's win against Mohammed was only the 9th time Mohammed had been stopped. The fight finished in the 4th round of a 8 round fight via TKO. 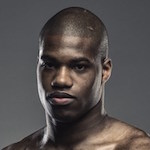