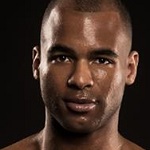 Aged 20, Tavarez started his career on September 2011. His unbeaten record stands at 6 wins and shows no signs of stopping anytime soon. Tavarez's longest win streak is 6 fights between September 2011 and April 2012. His longest KO streak in his 6 fights is 1 fights long.

Staritng his career off in tremendous fashion in September 2011, Tavarez became the 2nd quickest fighter to have ever stopped Andreas Roeder. The fight ended in round 5 via TKO stoppage. Tavarez's rise through the ranks continued with 3 wins against fighters such as Andreas Roeder, Adam Csipak and Zoltan Ramocsa. This took his record to 3 wins.

Adam Csipak was up next for Tavarez on October 8th, 2011. Tavarez continued with his winning streak by beating Csipak. Showing his class against Csipak, Tavarez was the 4th person to go the distance with this opponent. Tavarez fought boxers including Zoltan Ramocsa and Mehdi Madani and he went on to win another 2 fights. 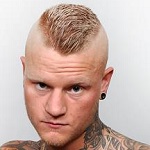