Cortez started his career on June 2013. His career record to date stands at 6 wins and he remains unbeaten. Cortez's longest KO streak is 3 fights long out of his 6 career fights.

In a memorable debut Cortez gained a KO win against Yeivy Rodriguez in a 4 round contest, becoming the 3rd person to stop Rodriguez. Cortez continued on his successful journey by fighting and beating his next 3 fights.

Next was Miguel Lengua on July 19th, 2013 where Cortez took the win continuing his unbeaten streak. Becoming the first person to stop Miguel Lengua, Cortez beat Lengua via TKO in the 2nd round of a 4 round fight. Cortez's wins continued and went from 2 wins to 3 after he then defeated Felipe Chaparro.

On September 14th, 2013 Cortez fought and beat Gelmon Zuniga (1-7-0) to continue his unbeaten streak. Showing his class against Zuniga, Cortez was the 3rd person to go the distance with this opponent.

Next was Yeivy Rodriguez on December 5th, 2013 where Cortez took the win continuing his unbeaten streak. Rodriguez was stopped in the 1st round via KO meaning Cortez was the 5th person to stop this opponent.

John Cortez went into his latest fight with Miguel angel Suarez on August 9th, 2015 with 5 wins and he continued this winning streak taking it to 6 wins. Miguel angel Suarez was little match for Cortez, as Cortez became only the 33rd person to defeat Suarez in his most recent fight. The fight went the distance via UD decision. 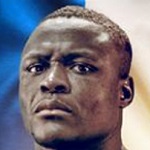