Although beaten, Isao gonzalo Carranza has gained plenty of experience over 21 fights and a 4 year long career so far. He now moves on to see just how far he can go as he approaches the later stage of his career. Between March 2010 and October 2010, Carranza had his longest winning streak of 6 fights. In his 21 fights, his longest KO streak is 3 fights long.

It didn't take Carranza long to get accustomed to the pro style of fighting. Becoming the first person to go the distance with Edgar Velazquez in a successful pro debut. Carranza continued his pro journey, which was mostly successful at this point, by fighting 11 fights following his debut. Fights against boxers such as Omar Diaz, Luis alberto Perez and Victor Martinez followed including 7 times in 2010 and 4 times in 2011.

Taking the first knock of his career, Carranza fought Virgilio enrique Ramirez on November 20th, 2010 and was defeated by Ramirez. On November 20th, 2010, Carranza took on and was defeated over the distance by Virgilio enrique Ramirez in his first career defeat. Carranza lost via SD in a valiant effort. Carranza's win streak of 6 rose to 10 following 4 great wins, becoming the 5th person to stop Victor Martinez (Round 1 KO), first to stop Roberto Carlos and 4th person to stop Saul Nava (Round 3 RTD).

Martin Casillas was next in line for Carranza where unfortunately, he was defeated on November 5th, 2011 taking his record to 10-2-0. Carranza faced the first stoppage of his career against Martin Casillas in the 8th round of a 8 round fight via TKO. Carranza then went on to face Edgar Lozano where he added another win to his tally.

Taking a knock to his career, Carranza fought and was defeated by Roberto Pucheta on November 10th, 2012 taking his record to 11-3-0. Carranza fought Roberto Pucheta and was defeated via TKO in the 8 round bout. This was Carranza's 2nd stoppage defeat in his career which came in the 6th round. Racking up wins against Alan Cedra and Ivan Bautista, Carranza went on to fight and win these next 2 fights.

Carranza went into his next fight against Ruben Garcia on August 24th, 2013 with a career record of 13-4-0. Carranza was stopped by Ruben Garcia in the 12th round of a 12 round fight via TKO. It was Carranza's 3rd stoppage defeat in his career. Carranza then went on to fight a further 2 fights taking his record to 14-5-0

Carranza went into his next fight against Jesus Santillan on July 5th, 2014 with a career record of 14-6-0. Carranza was beaten by Jesus Santillan in the 6th round. Carranza had only ever been stopped 4 times previously in his career.

Ensuring he added another win to his tally, Isao gonzalo Carranza defeated Willy Velazquez on March 6th, 2015 in his latest fight. Carranza became only the 5th person to defeat Willy Velazquez in his 22 long fight career, taking his win tally to 15 via the judges decision (UD, round 10). 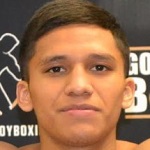 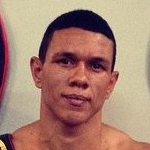