Starting off his pro career on May 2012 age 16, Norbert Nemesapati has had a total of 25 fights - 21 wins, 4 losses, and 0 draws. 16 of the wins coming via stoppage. Nemesapati's longest KO streak is 13 fights long out of his 25 pro career fights.

Ready to showcase his talent in the pro ranks, Nemesapati defeated Zoltan Kallai over 4 rounds in his debut to secure his first win (UD) against a durable Kallai. Nemesapati then went on to win his next 13 fights - fighting 4 times in 2012 and 2 times in 2014 racking up wins against Istvan Zeller, Achilles Szabo and Michal Nieroda amongst others.

Unfortunately, the first defeat of Nemesapati's career came against Jason Escalera on August 8th, 2014 in Nemesapati's 15th professional fight. Nemesapati's technical boxing ability was put to the test as he got outpointed in the 8 round fight against the better man. Escalera gave Nemesapati his first professional loss of his 15 fight career to date. Nemesapati then went on to win again against Jozsef Kormany setting him up well for his next pro fight.

The next defeat of Nemesapati's career came against Callum Smith on September 10th, 2016. This took his career record to 21-4-0. Once again Nemesapati was in a tough fight, one that proved to be a step too far in Nemesapati's latest fight. Opponent Smith fought well and was rewarded with a win, and crowned only the 2nd man to stop Nemesapati in the process. The fight ended in round 6 via RTD. 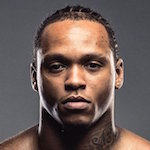